Netflix Movies Planned for Release in 2017 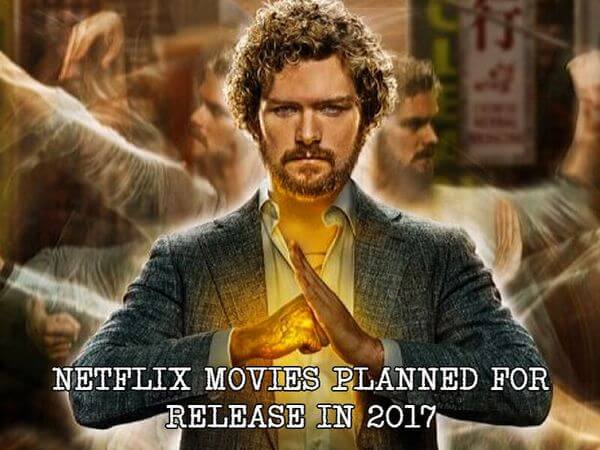 Although Netflix keeps many of its upcoming releases in a secret, our investigators have found out which movies will be available in 2017. Keep updated and enjoy the premieres on Netflix this year!

One Day at a Time

Planned for release on January 6
Movie fans have a lot of expectations about this TV show because it is a close-to-life story about a Cuban-American family that consists of the old school matriarch, divorced mother and her teen children living under the same roof.

Planned for release on January 13
The movie is based on our childhood books that wake up the best memories. The viewers just cannot get tired of numerous adventures of well-known orphaned Baudelaire children. No doubt, the movie would be less enjoyable without Jim Carrey.

Planned for release on February 3
A married couple, Sheila and Joel, are L.A. real estate agents. Their lives change dramatically after Sheila starts to act in a different way. We do not know what it is all about yet, but the trailer is promising indeed.

Planned for release on March 17
If you want to enjoy the adventures of a New York City superhero, you should not overlook this movie. Iron Fist has supernatural powers that will not leave you indifferent.

Release Date Is to be Announced Soon:

This is another superhero story produced by Marvel Cinematic Universe. “The Defenders” is about a team of superheroes who are constantly busy with saving New York City from endless disasters.
Wet Hot American Summer: Ten Years Later

If you enjoyed “Wet Hot American Summer”, you should see what happens to the popular counselors and campers in 10 years. We hope that the original cast will not change a lot and will still include Bradley Cooper and Amy Poehler.

The series highlights the life stories of the most notorious criminals of the century. Be prepared to witness a great variety of crimes, including money laundering, drug trafficking, kidnapping and murder.

This is the life story of biracial Samantha White who struggles with racial tensions in college. The series will be especially interesting for people of mixed background.

It is an inspiring story of Sophia Amoruso’s success, who started as a fashion outsider and progressed to Nasty Gal CEO.

The series is devoted to science and its influence on different spheres of human life, such as society, politics, pop culture, etc. Bill Nye is going to dispel myths and ruin famous stereotypes in every episode. Be ready!

Have a great time with Netflix this year!