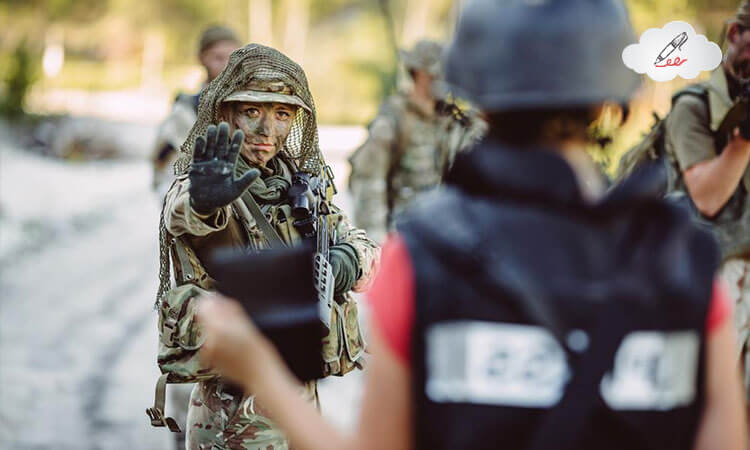 It is extremely pity to admit, but nowadays, the world has turned into a huge military playground. More often, you hear sad news about new riots, unrests, strikes that soon grow into bigger conflicts. Luckily, large-scale wars are rarity; however, once appeared, they take hundreds, thousands of lives, even of peaceful citizens. Constant fights for fossil resources as well as for the spare territory, covered under useless political disturbances, destroy not only human fates but also the planet. There are millions points of view on each problem, and war is not an exception. Some people criticize war, while the others justify it. No one knows who is right, but every thought has its right to be pronounced.

The majority of people will hesitate when asked whether military force can be justified, and most of them will give negative answers. However, that is not exactly true. The war can be justified in many cases. The main question here is not how it can be justified, but the issue is rather when it is approved.

The main reason, when politicians not only justify war, but even state that it is necessary, is boundaries intrusion. When there is a risk of harming the citizens, there is no other way than use power against power. Even though, war for the sake of peace sounds absurd, this method is often applied due to the nowadays situation in the world.

During the World War II, the Japanese forces attacked the American military base in Perl Harbor without any reason and background. That move demanded quick decisions and the US government immediately ordered first to fight back and then to organize a counter attack to protect the citizens and the country’s integrity.

Another vivid example of defensive strategy within military actions is a conflict between the Russian Federation and Georgia in 2008. While Russia was an aggressor, making efforts to protect “helpless” autonomic republic to become independent, Georgia suffered from an unjustified invasion. In reality, Russia just needed a free way to the east market, where it would deliver everything without any difficulties. As Georgia was not a part of the NATO union, no other big countries could have helped it to protect against a more influential and powerful country. Thus, there was no choice for Georgia rather than fight relying on own powers.

As a result, you should accept the fact that military power has its stable place in the world. Even though, the instances of war conflicts are quite common, the reasons for them can be hardly justified. The arguments of one country could be useless or pointless for the other one; thus, nobody is able to state who is right. Luckily, as long as the world in ruled by democracy, struggling to live in peace, the good will always conquer the evil. Unfortunately, it is impossible to do this without the application of various unpleasant methods, for instance, war. What it is possible to do in such a situation is simply to hope that in future, there will be much less or no instances when military force will be applied.